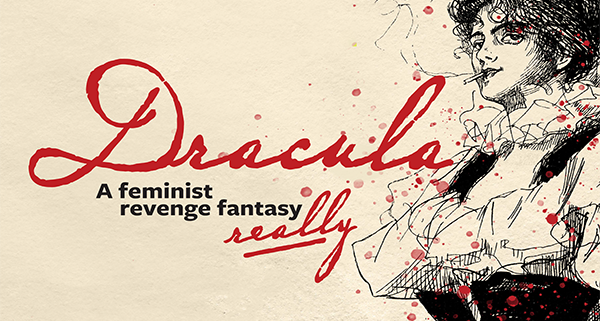 One hundred and twenty five years after its publication, Dracula has continued to thrill and be interpreted by every generation in turn. And now, in the New England premiere of a bold new adaptation, award-winning playwright-actor Kate Hamill sinks her teeth into the sexism in Bram Stoker’s classic.

The result is a fun, fearless ride when the Count meets his match – and the #MeToo movement – in a fast-paced, theatrical tour de force.

One of the most-produced playwrights in America for 3 years running, Hamill has been deliberate about creating feminist, female-centered classics – whether in new stories or adaptations of such works as Emma, Sense & Sensibility, Little Women and The Scarlet Letter.

COVID Policy: Per union regulations for the protection of the performers, facemasks are required for performances in the Black Box theater, including Dracula.

The Umbrella is ADA accessible, a proud partner in the Massachusetts Cultural Council’s EBT Card-to-Culture program, and provides free parking and free admission to its visual arts galleries.